Today was a day full of nerves. I took up feeling anxious and as the day went on the nerves followed up and down. Today I interviewed for two different positions on the executive board of my fraternity. I applied for two positions, which meant I had two separate interviews. I had to give a speech and answer questions in front of several members of my fraternity. It was nerve wracking, but such a good experience. Anytime God calls me to push myself out there I hate it. He has done it a lot since I have been in college and every time I am so thankful that he did after the fact. Just being able to interview for these positions was rewarding to me because it was a definite learning experience. Walking out of the interviews I felt confident in the way it went and I knew that whatever happened was God’s plan. I felt like he was really calling me to apply for these positions on exec and at times I really didn’t know if I should. I didn’t feel like I was good enough compared to all the other great guys in this fraternity. So now I know why God pushed me out there and called me to apply… He wanted to prove to myself that I was good enough.

The rest of the afternoon I was a little nervous, but at the same time I had a real peace about whatever was going to happened. He had a plan and he had already shown me so much by simply calling me to apply. I applied for Vice President of External Programming and Vice President of Communications. Both great positions and both fitting for me in different ways. I am so confident in my ability to communicate. Owning and running Southern and Thankful has taught me a lot about that. As you all know I also have a huge passion for service and giving back. I see the importance in giving back and I really want my brothers to see that importance too. After interviewing I knew I would be happy with either position.

The nerves really set in when we got to chapter and what to wait for them to the project the proposed new exec on the screen. The slatting committee worked for a huge chunk of the day to form this new team and all there work and all the work of those who applied came down to that one moment when they flipped to the next side and had the names by the positions. I was nervous simply because of the build up to that moment I think.

Huge shout out to all the guys that were a member of slating today. They started at 10:30 and got done a little after 5:00. I am not going to explain the way slatting works, but it is a way that we use to elect the new executive positions in our fraternity. Once they flipped to the screen with the new team, the chapter had to vote on that team and if it passed then that meant those men were the new exec team. They flipped the page and the new exec was in front of me and I am thrilled to say my name was next to the VP of external programming position. I am so excited to work along side the rest of the talented exec time and I am happy to have an important leadership position in this fraternity. It has been a goal of mine since pledging and I am excited to implement new ideas, and bring a new passion that I feel this chapter can lack at times for community service, and philanthropy. I am in charge of community service, philanthropy, Mom’s Club, Mom’s weekend and Dad’s weekend, our main philanthropy event (Giving heART), and a couple of other things. I have a lot to get working on, but I am very thankful that my brothers have elected and trust me with the position of Vice President of External Programing. The future of beta theta pi at TCU is looking bright ladies and gentleman!

I so appreciate all of the prayers and encouragement! God has plans for me that I am excited to continue to see! He pushed me outside of my comfort zone yet again and today I am thankful for what that has lead to! 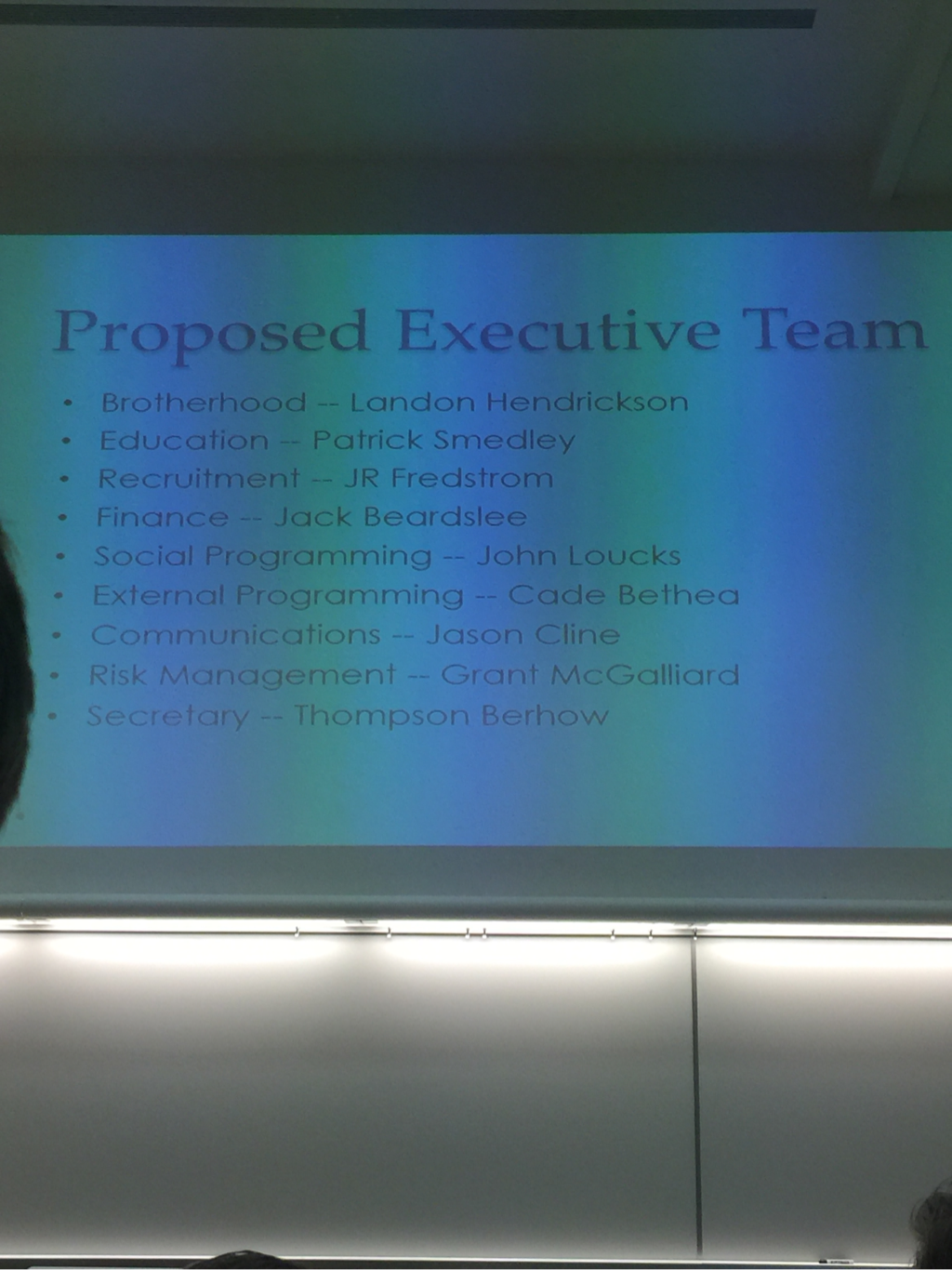