I cannot believe I have yet to share with you all what I did last Sunday. Things have been so crazy I didn’t have ton of time to share! Last Sunday night Hillary and I went to Justin Bieber in Dallas!!!

It was really funny seeing him because I have seen him before and I can assure you a lot has changed since then.
•He now has a lot of tattoos and a lot less hair.
•He wore a lot less purple.
•He did not fly around the stadium in a giant heart.
•I actually stayed the whole show.
•I did not feel like my ears were bleeding due to the insane amount of female screams.
•He was very relaxed and very chill.
•He jumped around on a giant trampoline.
•He did the show while getting rained on.
•His dance skills have really improved.

One of the best things about the show.
I saw Justin in Arkansas when I was in the 8th grade. I liked him back then, but not as much as all the teenage girls. When I saw him last time it was insane. I couldn’t really even enjoy the show because of all the screaming. It was never ending. I actually ended up leaving. This time was a lot different. Those annoying girls are all grown up. They still love him and they still scream, but I think they have realized that no matter what they do, they will not end up in Justin’s arms at the end of the night. Just my take on the whole thing!

Hill, it was so fun!! This is why I love you being in Dallas! We have to do another concert again soon!

I was also really impressed with all Justin’s Christian influences. It is in his music. It is in his words. It is even in his actions. I have read articles and things where he talks about how God has played a huge role in his life over the past couple of years. I have been very impressed with him and I guess that is why I was interested in seeing him preform. Seeing him in the 8th grade, I can promise there is a different Justin Bieber on the stage. One that he should be very proud of! He’s not perfect; none of us are, but he knows that and it is obvious that makes him a better person every day. Very cool, Justin.

I leave for Italy exactly 3 weeks

from today… I am a little stressed thinking about all the things that have to happen before I leave. Please say a little prayer as I enter the last full weeks of classes with tests, papers, and projects galore.
Here’s to a new week! Make it yours! 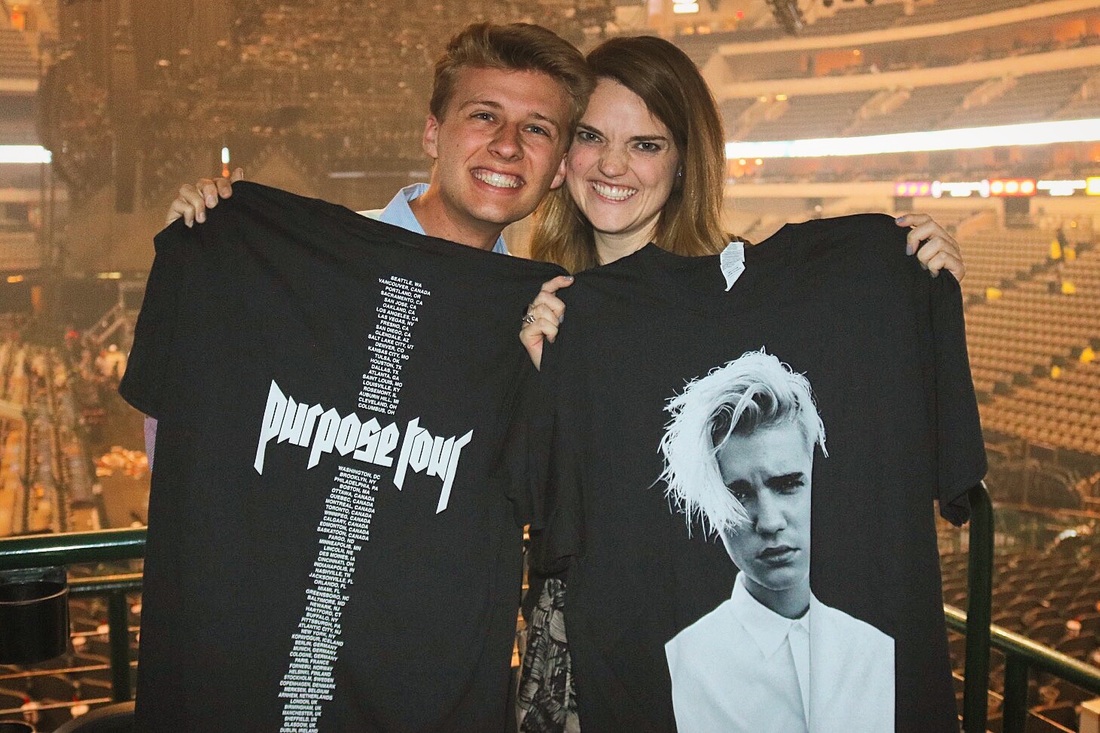