Have you ever just sat somewhere and watched people? My family calls it people watching! For me, it is currently helping me pass my 3 hour layover. Watching others isn’t creepy or weird. It is a good way to really appreciate things. It often leaves me with a lot of questions and a lot of emotions.

1. There is a little boy literally laying on the airport floor with his dad just staring down at him. SAME kid. SAME! I could totally do that too. He doesn’t appear to care one bit about his surroundings. He and his dad are laughing and smiling. They are happy. He has clearly blocked the world out. Oh to be young again! I pray that he stays forever young!

2. There is a lady in the corner of the cafe I am in. She has been on some type of business call I believe. I know this because she is talking very professionally, and she said something about the CEO. She seems to know what she’s doing. I’m not 100% who she works for, but she has a “make a wish” water bottle and pen. I think she is the type of person who does good in the world. The type of person that is so needed in the world. I pray she keeps doing good work!

3. There is a African American women dressed in a “Peet’s Coffee and Tea” uniform. She walks up to another women dressed in the same attire (who appears to be on break). She has a Kleenex and, oh no, she doesn’t look too happy. She makes a very sad face and then breaks down in tears. Obviously something bad has happened. I am thankful for the other woman who is comforting her. I pray she knows God and I pray she leans on him in her time of pain.

4. There is a young boy probably 6 or 7, who just came in, with an older women. Probably his mother or grandmother. The young boy has Asian features as the woman with him does not. Maybe he was adopted? Oh what joy that must have brought. I didn’t notice him because of that. He has some type of mouth contraption. I have no idea what it is, but it is attached to his whole head. By the way he speaks it sounds like he might have a speech issue. I am not sure why he wears it, but he just took it off. He seems much happier now. The woman with him brought him a smoothie, maybe because he can’t eat solid food. He is playing on an iPad… Must be smart! He has glasses! He reminds me of myself in a way. When I was young I had to wear a patch over my eye for a time period. I also had glasses. I pray he grows up to be a great leader, and I pray he possess even greater confidence. I pray he embraces his imperfections!

5. There is an older man in some type of army shirt. He has on a ball cap, a thick gray beard, and camo shorts. I am not saying just because he’s wearing camo means he was in, or is in the army, but he just has that look. He looks like he is strong physically and emotionally. He is alone, which makes me sad. I don’t think anyone should ever be alone. He has an iPhone… Maybe he is in communication with someone he loves. I pray he is headed to be with loved ones. I also thank him for his service, that is if he ever served.

The thing about the airport is that everyone is going in many different directions. Where are they going? What is their story? Some travel alone. Some travel in packs. Some are in a hurry. Some have all the time in the world. There are all types of people. Big and little. Tall and small. Men and women. Boys and girls. Adults and children. Happy and sad. The cool thing is having the time to sit back and appreciate that God made every single person with every single detail. It’s crazy to think that our God is capable of something that cool. So today I am thankful for all God’s different creations. And so I have now passed a good chunk of time marveling in God’s talent. I hope others see that too… I hope you take the time to marvel in his talent. And of course, be thankful for it! 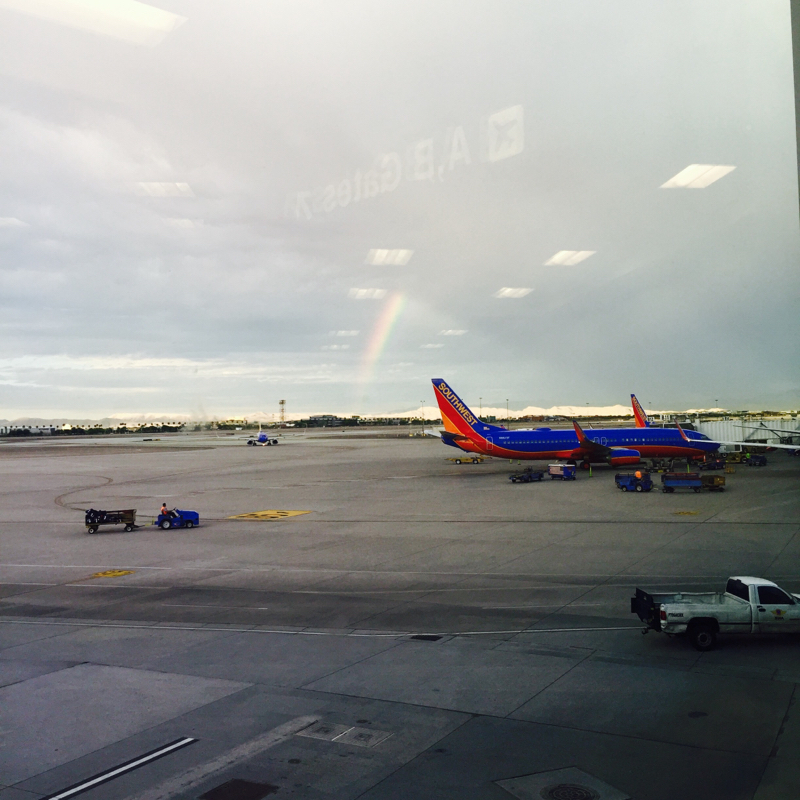