I did something today that I rarely do. Not because I don’t like it, but in Stuttgart, Arkansas, the mosquito capitol of the world, I have no tolerance for sitting outside watching a baseball game. Now don’t get me wrong, I love my brother and I love how great he is at sports, but for some reason I don’t make a lot of time for his baseball games. I know that sounds bad, but when you have 20 blood suckers surrounding you, baseball in this town becomes less appealing.

Today my mother made a comment that I needed to support my brother, which is very true. I would want the same thing from him wouldn’t I? I would just like to tell my brother how much I support him. I think he thinks I just don’t have time to watch him, but truthfully I enjoy watching him most of the time. I mean I never ever gave my family the opportunity to seriously cheer me on at soccer, baseball, golf, tennis, football, track, basketball, and/or any other sport because I just never had that drive for sports in me. It’s not a bad thing because I mean I am thankful I found identity in other things, but with that being said I am happy that my brother found his identity in something too. I think it makes us good brothers having different talents. Jokingly we always try to one up each other, but I don’t think we ever really could because we don’t share the same talents and I think that’s cool. You see some siblings who are in such competitive relationships and for whatever reason that is sad. I mean I fight with Mills about who gets to shower first, but I hope one day we will be even greater friends… As long as we aren’t sharing a bathroom lol.

I now have mosquito bites, but I am still thankful because

tonight I was reminded that just like I have drive for things, so does my brother. Now I am not going to be at every event, but I would like to think he would know I am one of his biggest fans. I know what it is like to be his age and in his shoes. Trying to discover more about yourself and trying to learn what you love and hate about life. I am praying he uses sports to find his real passion because it is a gift God gave him, instead of me, for some type of reason. Time will tell what is in store for both of us.. That is something I think we can both say we are thankful for. Keep doing you brother. And don’t think this means you can go shopping in my closet of touch my hair… You haven’t grown up that much yet! 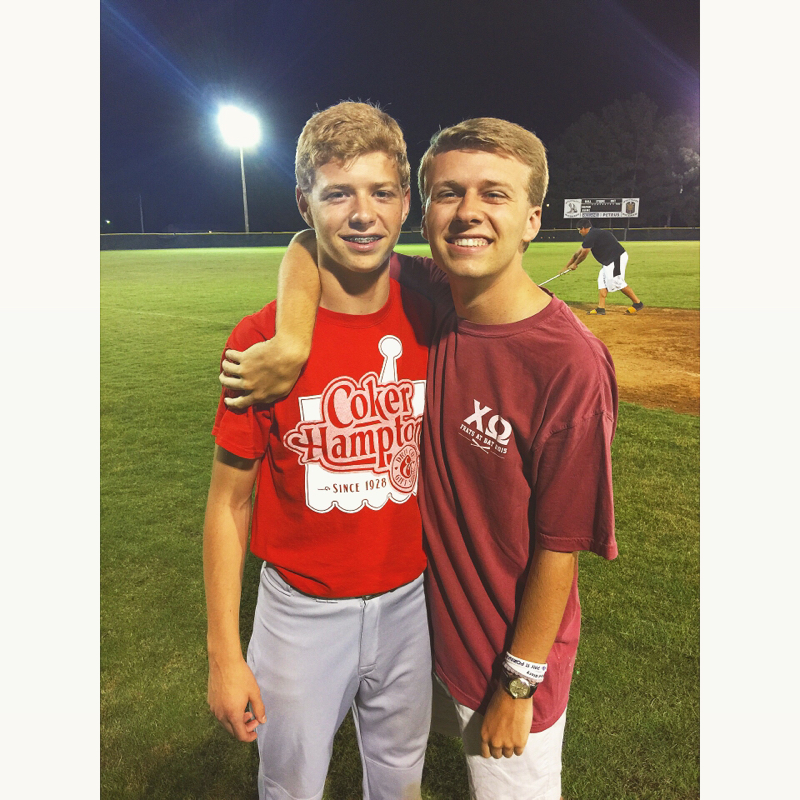