I will be listening to “1989” by Taylor Swift all week long in honor of her Grammy win last night for Album of the Year. In case you were unaware I am a big T-swift fan. I will admit that back in her country days I wasn’t as much of a fan. I liked her stuff don’t get me wrong, but I think she really changed the game when she switched to pop. There has been a lot of controversy over her win, her speech, etc. but I believe one very important lesson she taught us through her last album sums up that: “haters gonna hate hate hate.”

If you keep up with me then you know I absolutely loved seeing her in concert back in October. Her words and her wisdom are incredible. I think about where my love for Taylor comes from and last night when she won I think I finally realized why.
Have you ever heard a song and instantly it takes you back to a moment? Like you can see it all in your head so vividly.  For example, when “Crank That” by Soulja Boy comes on my iPod shuffle I immediately see my friends and I awkwardly standing/dancing at the Knights of Columbus Hall in Stuttgart, AR, in the 6th grade for someone’s birthday party. I mean if you close your eyes it is almost like you are back in that moment. For me, I have realized I have a huge connection to 1989 because it was during such a new time. Taylor went against everything everyone told her and created a pop album. She had tremendous faith in that being part of her plan. What a leap of faith that must have taken. At the same time she was doing this and releasing this album I was starting TCU and going through the craziest semester of my life. I remember listening to that album when I was so frustrated with learning how to study. I remember hearing “Welcome to New York” and thinking “I have to go back… now.” I remember dancing/singing in my room to every song wishing I could be more confident like Taylor. I can see why people were angry that she won and maybe I was so happy because I have such a connection to that album but the fact that I am still listening to that album over a year later tells you something. Taylor is constantly living outside of her box and her success story amazes me. She is constantly growing and breaking boundaries. I mean she broke a record and is now the only woman to have ever won “Album of the Year” at the Grammy’s twice.

I also really liked her acceptance speech. She said,
“As the first woman to win Album of the Year at the Grammys twice, I wanna say to all the young women out there: There are going to be people along the way who will try to undercut your success, or take credit for your accomplishments or your fame, but if you just focus on the work and you don’t let those people sidetrack you, someday when you get where you’re going, you’ll look around and you’ll know that it was you and the people who love you that put you there, and that will be the greatest feeling in the world.”

Many say she was making a plug at the Kanye West drama. Maybe she was…maybe she wasn’t. It doesn’t really matter to me because no matter who it was directed at it is 110% true. Taylor obviously feels like this has happened to her in some shape or form, but all that really matters is that she has learned and become a better person because of it. I admire celebrities that use their status to help others and to relate to others. I am in no way a comparison to Taylor Swift, but I will say if I could ever be as graceful, passionate, confident, faithful, and strong as her I would be doing something right. This is something that I have seen a lot today and though I am not trying to relate to the controversy, I am thankful that a precious and outstanding woman won Album of the Year because it yet again is teaching millions of  people who look up to her how to reach dreams, ignore the hate, and be yourself in a crazy crazy world. Thank you, Taylor. I couldn’t think of a better woman or musician to break this record. 1989 will always thankfully be playing on my iPod!

Here is the link to Taylor’s acceptance speech: https://www.youtube.com/watch?v=xPOPtQIEQt0 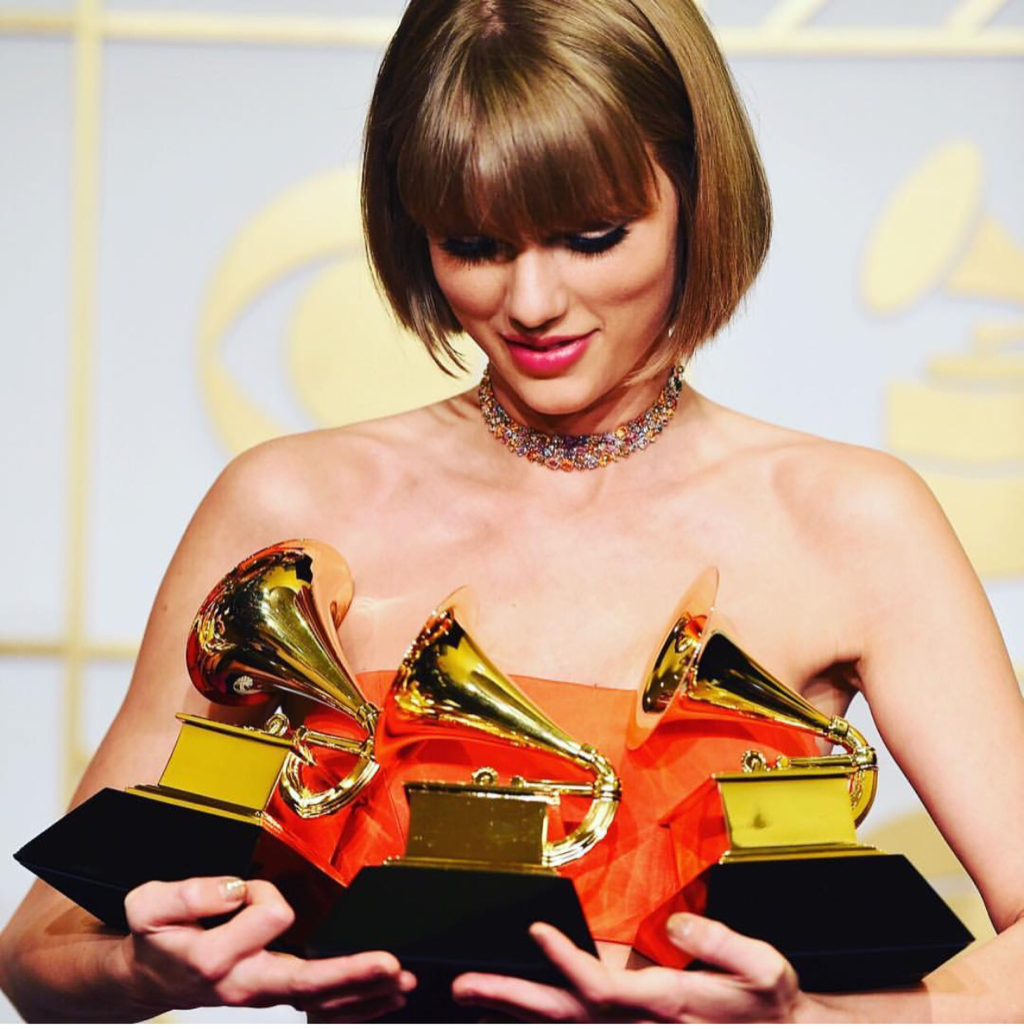