Now when I like to cook I would like to make the same thing the same way because I know it is good and liked. I don’t have the guts to try something new. My mom likes to make new things, but what I love about her style of cooking is that she makes some of my favorite things. Nothing will ever compare to some of the things she makes. She tries new things, but often I don’t let her because I would assume have something of hers that my mouth is watering for.

I think it is safe to say that my Dad is the creative chef in the family. Now he cooks great things, but like I said he is always trying something new! Not a bad thing, just not my style.

Tonight my Mom was out and we had the privilege of helping him cook dinner. He fixed chicken fried rice and it was pretty good. Not like the last time I had it, but I should have known since I know his style of cooking. He has very few things that he makes routinely.

Helping him in the kitchen

tonight made me realize that in life we have to look forward to routine and new things. That is hard for me. Not as hard after a year full of change, but change is never really easy. I think you have to be brave to embrace change and that is often hard. But I also think that when we look at change we have to remember that the small changes are hard to, but we handle the the same.

I bet when you saw “lesson in the kitchen” you thought it was some cooking lesson, but I can learn something from just about any situation, which is something I love about life. Take the lessons you learn and embrace them, then be thankful. 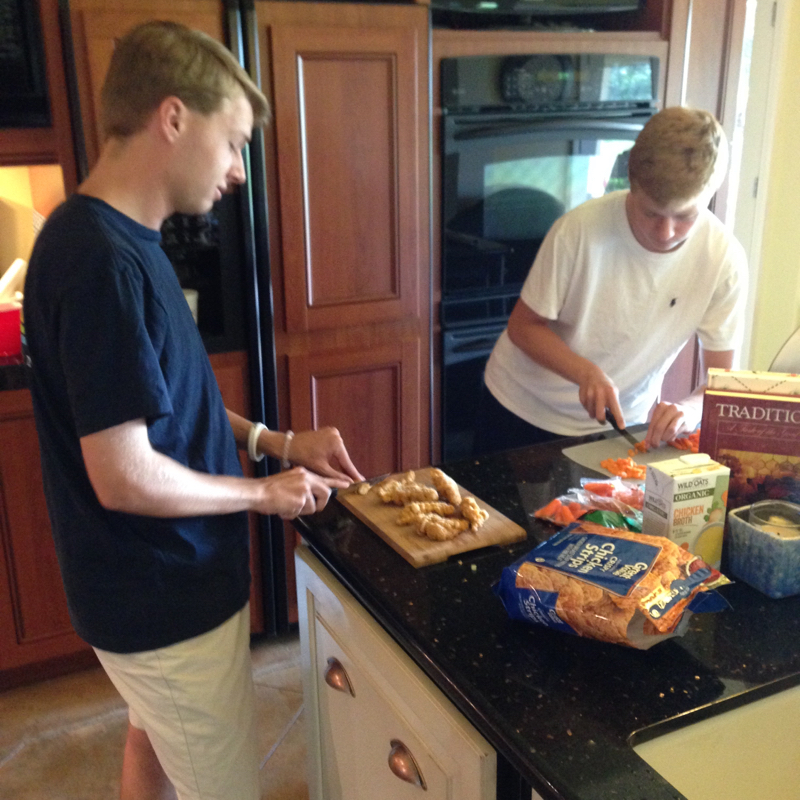